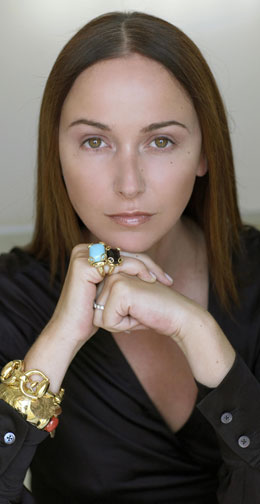 Tom Ford's loafers were difficult to fill as the creative director of Gucci but Italian Frida Giannini has rapidly redefined the role. The daughter of an architect and an art history professor, Giannini originally made her name as an accessories designer at Fendi before moving to Gucci to oversee the profitable handbags division. In 2005 she was made creative director of womenswear, absorbing menswear the following year. As for those concerns about maintaining the Gucci Hype Ford fuelled, in February, a Nielsen survey revealed that Gucci was still the most coveted luxury label in the world.

Born in Rome in 1972. Studied at the Academia del Costume e della Moda in Rome.

“Sexiness is in Gucci's DNA but maybe I interpret it differently, being a woman and dressing women of my generation.” – Frida Giannini