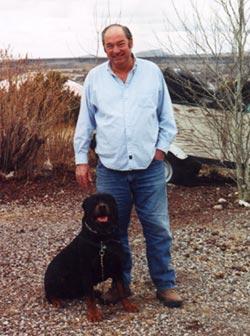 Author best known for his 1991 book, Behold a Pale Horse. His radio broadcasts and lectures dealt with an alternative view of history rarely told. While not the truth the whole truth and nothing but the truth he added mystery and suspense to enhance interest.

On November 5, 2001 Cooper was fatally shot by a law enforcement officer at his Eagar, Arizona home after confronting deputies trying to arrest him and shooting one of them in the head. Authorities said Cooper was carrying a handgun and fled when Apache County deputies identified themselves and tried to arrest Cooper on charges of aggravated assault with a deadly weapon and endangerment stemming from earlier disputes with local residents. Federal authorities reported that Cooper spent years trying to avoid capture on a 1998 arrest warrant for tax evasion and according to a spokesman for the U.S. Marshals Service, Cooper vowed “he would not be taken alive”.

The issue relates to a misunderstanding that 16th Amendment to the U.S. Constitution which authorized a federal income tax was never properly ratified and thus the warrant for income tax unlawful, it is also viewed as a facet of a socialist government and a facet of the international central banking cartel. Most persons comply with the demand for tax because of heavy handed tactics, even violent threats and tactics by the IRS Internal Revenue Service.

Here are his broadcasts.

Mystery Babylon - Hour Of The Time

William Cooper Reveals The Secret To The Mysteries

A group dynamic inevitably leads to a cult. The cult of America, the cult of your nation, the cult of Islam, the cult of Microsoft. The cult has a status quo, the “state” exists and stands largely on the basis of institutional training of the specimen, his limitations are real to him and it maintains the elite in the cult. That is why a Police Officier where's a uniform and has a badge. Why a priest wears outrageous garments, why a judge stands on a higher level, or a doctor respected. This is why we are Greco-Romans and British-Americans and not Judeo-Christians….

From Tinker Bell, to Artie Shaw, to George Bushes' thousand points of light. American has been mesmerized by star dust since its very inception and now America is beginning to learn what all these references to the star, the morning star, wish upon a star, star dust really is all about. There was something very strange about the classical mysteries something which attracted people to them and having attracted them make their initiates with very few exceptions permanent devotees. In Egypt, Greece, India, Rome and a dozen other places and countries, sacred initiations took place in specially prepared sanctuaries usually in a cave or underground, priests of the mysteries enjoyed the profound respect of the masses as well is that of kings and councilors and in those days there was nothing really secret about it except the initiation rites and the knowledge which they retained were themselves giving only the exoteric to the people. What were the mysteries? until relatively recently and relying upon comparatively scattered fragments such as Apuleius Golden Ass, historians and religious writers have formed an opinion of them which has been shown to be extremely naive if not outright false. They knew that if the ceremonies symbolical teaching took place and hence inferred that the mysteries were a relic of the times when academic knowledge was guarded by the very few and scientific truths such as Pythagorean theorems were given only and only to the elect. They knew also that orgiastic drumming and dancing formed a part of many of the rituals and therefore told their readers that this was a degenerate form of religion of a mere excuse for licentiousness. They found that stories of ancient gods and heroes were recited and were sure that the mysteries constituted little more than an underground survival of prehistoric religion, magic or tribal initiation. Or maybe that's exactly what they wanted us to believe knowing full well that it was false and of course of those that did the writing were members of the mysteries they would never have allowed the secrets to be revealed to the profane, but times have changed folks the study of brainwashing and mind control and conditioning the mind within the past decade has helped to lay bare the essence of the mysteries and has answered the riddles which surrounded them you see in this process those that have tried to keep the celebration of the mysteries alive who have tried to the revive them have been shown up as relying upon the symbolic interpretation alone and this revelation has been in its own way one of the most startling developments of contemporary religion, you see for almost anyone for instance can get away with telling anyone else that he was an Egyptian priest in an former incarnation because their is so very little verifiable material available to prove the reverse and becomes obvious though when you tend a party populated by these nets, when six people introduce themselves as having been Abraham Lincoln in a past life. But let anyone attempt to celebrate any of the ancient mystery cults rituals and unless he has a sound idea of how the human mind works he is likely to escape the criticism of those physiologists who now see in the mysteries and almost open book. So let us return to a sketch of the conventional knowledge about the the mysteries and those of the Eleusis celebrated in Greece, a candidate had to undergo fasting or abstinence from certain foods there were processions with sacred statues carried from Athens to Eleusis those who were to be initiated went for long periods of time outside the hall in the temple where the rites were to be held building up a tremendous tension of suspense eventually a torch bearer led them within the precincts usually underground the ceremonies included a ritualistic meal one or two dramas the exhibition of sacred objects, the giving of the word ha ha ha. An address by the Hierophant and oddly enough closure with the sanskrit words “tanjur um fuckure” the elements included the clashing of symbols, tensions and a certain degree of debilitation eating something plus conditions which were all inspiring strange the candidate was in the hands of and guided by the priesthood. Other factors were drinking a soporific broth symbolic sentence of death whirling around a circle. Initiation ceremonies of secret cults, the mystery type invariably involved tests sometimes most severe ones. The effect of certain experiences was a carefully worked program of mind turning which is familiar in modern times as that which is employed by certain totalitarian states to condition or reshape the thinking of an individual, are you listening to me all you Freemasons out there who think that you're so smart. Well you're not. This process produces a state in which the mind is pliant enough to have certain ideas implanted. Ideas which resist a great deal counter influence, this was the secret of the mysteries, this and nothing else.